Kellogg’s, the owner of brands from Coco Pops to Special K, has this week launched a legal action against the UK government over new junk food rules that will ban some cereals from being prominently displayed on supermarket shelves.

Kellogg’s, began its legal action against the Department of Health and Social Care on Wednesday. As the Guardian explain, The case marks an important test of the rule changes, which also include a ban on junk food advertising online and before 9pm on TV from next year. The government stands by the new regime and is fighting the Kellogg’s action to stop a precedent being set that could allow other brands to circumvent the restrictions. 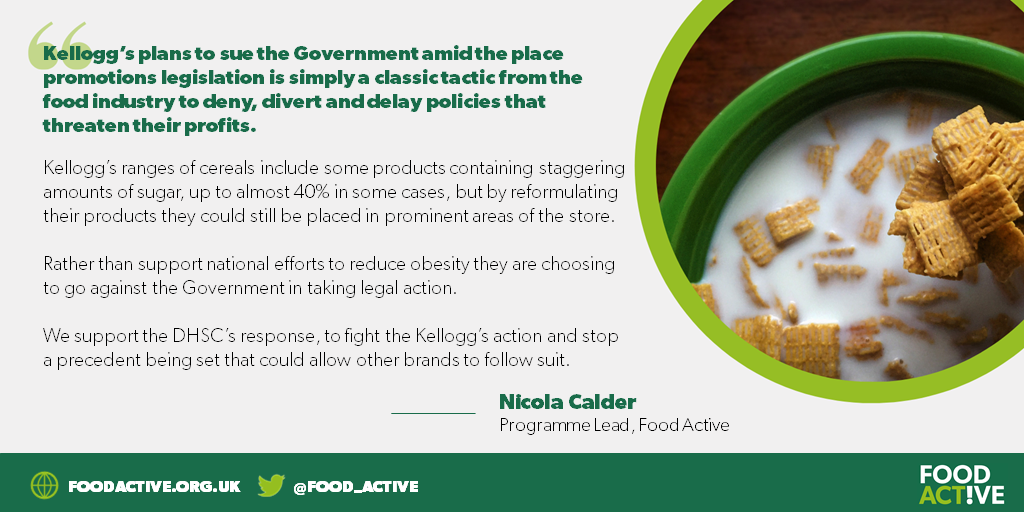